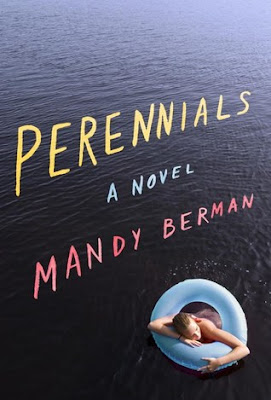 The quintessential summer read: a sharp, poignant coming-of-age novel about the magic of camp and the enduring power of female friendship, for readers of Stephanie Danler, Anton DiSclafani, Jennifer Close, and Curtis Sittenfeld

At what point does childhood end and adulthood begin? Mandy Berman s evocative debut novel captures, through the lens of summer camp, a place that only appears to be untouched by the passing of time, both the thrills and pain of growing up.

Rachel Rivkin and Fiona Larkin used to treasure their summers together as campers at Camp Marigold. Now, reunited as counselors after their first year of college, their relationship is more complicated. Rebellious Rachel, a street-smart city kid raised by a single mother, has been losing patience with her best friend s insecurities; Fiona, the middle child of a not-so-perfect suburban family, envies Rachel s popularity with their campers and fellow counselors. For the first time, the two friends start keeping secrets from each other. Through them, as well as from the perspectives of their fellow counselors, campers, and families, we witness the tensions of the turbulent summer build to a tragic event, which forces Rachel and Fiona to confront their pasts and the adults they re becoming.

A seductive blast of nostalgia, a striking portrait of adolescent longing, and a tribute to both the complicated nature and the enduring power of female friendship, Perennials will speak to everyone who still remembers that bittersweet moment when innocence is lost forever.

This was blurbed by and compared to so many great authors that I was so excited to read this one, plus SUMMER CAMP!  Unfortunately, though, this spiraled off into so many directions with so many POV that the core of it was muddled beyond repair.  In my opinion, there are not nearly enough books set at summer camp but this particular summer camp took on a desperate and sad tone.  Not that such a tone would necessarily not work but, here, there were way too many divergent POV that the book seemed to focus on personal suffering more than anything else.  This book should also have several trigger warnings and so many tragic events that I was so sad after finishing it. I'm sure that most of the characters were well developed but I didn't spend enough time with them in the book to feel this way -- many POV can be good sometimes but it takes a lot of effort to make it work.  Sadly, it didn't work here and I think had the author focused on just two or even three POV, I would have enjoyed this much more.

Perennials comes out next month on June 6, 2017, and you can purchase HERE. Hopefully you have better luck with this one than I did!

Rachel always got the feeling when they pulled into camp that time hadn't moved since the previous summer. Everything was exactly the same: the wooden Camp Marigold sign with the fading painted orange flowers; the smells of the horse manure from the barn and the cut grass from the athletic fields. In the months leading up to camp opening, she would think maybe the grass wouldn't be as green. Maybe some building would be pained a different color. Maybe they'd fixed that one broken rail on the fence around the horse arena.

But none of that ever happened. Time didn't touch Camp Marigold, and that was what was so perfect about it.