Waiting on Wednesday: Dancing with the Tiger by Lili Wright 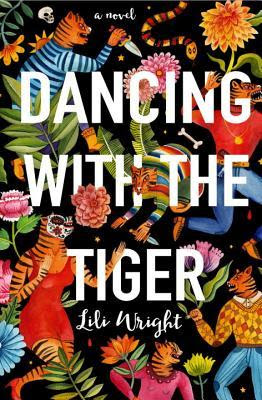 Dancing with the Tiger by Lili Wright

When 30-year-old Anna Ramsey learns that a meth-addicted looter has dug up what might be the funerary mask of Montezuma, she books the next flight to Oaxaca. Determined to redeem her father, a discredited art collector, and to one-up her unfaithful fiancé, a museum curator, Anna hurls herself headlong into Mexico’s underground art world. But others are chasing the treasure as well: the shape-shifting drug lord no one can really describe; the enigmatic American expat, who keeps his art collection locked in a chapel; the former museum director who traffics stolen works, and his housekeeper—deeply religious, a gay woman in a culture of machismo, dependent on a patron she loathes; the painter Salvador on his motorcycle, complex, sensual—but with secrets of his own.

Anna soon realizes that everyone is masked—some literally, others metaphorically. Indeed, Dancing with the Tiger is a splendid reminder that throughout human history, cultures have revered masks: whether in the theater or in war, for religious purposes, or to conceal identity, masks are as universal as our desire to transform ourselves, to change. Anna, without an ounce of self-pity despite traumatic losses, stands out as a heroine for our times as, traveling alone, she finds the courage to show her true face.

This one sounds completely unique but also well done and interesting.  Dancing With the Tiger is scheduled to be released on July 12, 2016, and I can't wait to read it!