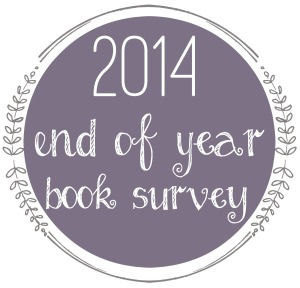 (hosted by Jamie @ The Perpetual Pageturner)

Genre I read the most from: Contemporary adult.

Book you were excited and thought you were gonna love more but didn’t?
I feel like there were a lot of bad books this year :( The biggest one for me was Stone Could Touch by JLA -- I loved the first book but I ended up DNF'd the second one.  It was so childish and faux drama!

Most surprising (in a good or bad way) book you read in 2014?
Probably Mud Vein for its mind-blowing just !!! (even though I should have expected no less from Tarryn Fisher) and the DNF sequels -- Stone Cold Touch, Seducing Lauren

Book you pushed people to read in 2014?
Mud Vein, The All For the Game series by Nora Sakavic, Escape to New Zealand series by Rosalind James

Best Sequel of 2014: Last Light by M. Pierce (most sequels this year were SERIOUSLY disappointing)

Best series enders of 2014: The King's Men by Nora Sakavic

Favorite new author you discovered in 2014?
Autumn Doughton!  She is amazing!!

Best book from a genre you don’t typically read/was out of your comfort zone?
I really didn't read out of my comfort zone this year -- I have been too disappointed by fantasy/para books lately and I think every single new series I started in these genres ended up with a DNF on the first or second book.

Most action-packed/thrilling/unputdownable book of the year?
Action packed: Concrete Evidence by Rachel Grant

Unputdownable: How to Kill a Rock Star by Tiffanie DeBartolo

Book You Read In 2014 That You Are Most Likely To Re-Read Next Year?
Mud Vein, The Love Me with Lies series (this is becoming a twice yearly re-read!), Night Owl, the Raven Boys series in anticipation of the final book 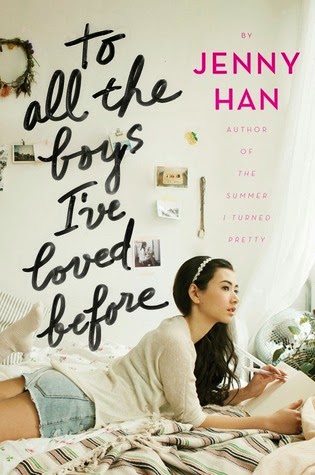 Most Thought-Provoking/ Life-Changing Book of 2014?
Mud Vein, The King's Men, How to Kill a Rock Star and God-Shaped Hole by Tiffanie DeBartolo, Blue Lily, Lily Blue

Book you can’t believe you waited UNTIL 2014 to finally read?
Anything by Sarah Jio, Scare Crow by Julie Hockley

Favorite Passage/Quote From A Book You Read In 2014?
Of course, from Mud Vein:


He kissed me with color, with drumbeat, and a surgeon’s precision. He kissed me with who he was, the sum of his life—and it was all encompassing. I wondered what I kissed him with since I was only broken parts.

Shortest & Longest Book You Read In 2013?
Shortest: Maybe Until January by Mary Whitney.

Longest: Outlander -- it is going forever!

Book That Shocked You The Most?
How to Kill a Rock Star and God-Shaped Hole by Tiffanie DeBartolo

OTP OF THE YEAR (you will go down with this ship!)
Neil/Andrew from All For The Game series

Favorite Non-Romantic Relationship Of The Year:
All the Rock Girls (Kristen Ashley)

Best Book You Read In 2014 That You Read Based SOLELY On A Recommendation From Somebody Else/Peer Pressure:
Truly Madly Yours by Rachel Gibson (thanks Nereyda!)

Newest fictional crush from a book you read in 2014?
Ben from On an Edge of Glass by Autumn Doughton

Best Worldbuilding/Most Vivid Setting You Read This Year?
I am not a worldbuilding fan but I  must say that the world Tarryn Fisher built in Mud Vein was captivating!  Same for the All For the Game series!!

Book That Put A Smile On Your Face/Was The Most FUN To Read?
Anything by Mary Whitney and Rosalind James

Book That Made You Cry Or Nearly Cry in 2014?
I think I've cried maybe once while reading a book but I came close with Tiffanie DeBartolo and Mud Vein

Hidden Gem Of The Year?
The King's Men -- seriously, READ this series!  And How I Fall by Anne Eliot

Most Unique Book You Read In 2014?
I feel like I keep answering with the same books but there is a reason!  Mud Vein, Blue Lily, Lily Blue

Book That Made You The Most Mad (doesn’t necessarily mean you didn’t like it)?
Stone Cold Touch by JLA, Ugly Love by Colleen Hoover, Consumed and Absorbed by Emily Snow (so disappointed in these :( )

Favorite review that you wrote in 2014?
Last Light

Best discussion/non-review post you had on your blog?
I don't really do discussion on my blog but I LOVE Nereyda's discussions, especially 3 Star Reviews and the Future of Book Blogging.  I also loved Sarcasm & Lemon's discussion re: Crowd-sourcing the love triangle with Jennifer Armentrout's White Hot Kiss

Best event that you participated in (author signings, festivals, virtual events, memes, etc.)?
Re-reading of The Georgina Kincaid series -- thanks Nereyda and Megan!!

Best moment of bookish/blogging life in 2014?
I need to be better about blogging but probably the #Georgiethon and interacting with other bloggers!

Most Popular Post This Year On Your Blog (whether it be by comments or views)?
My 2013 Giveaway and my Last Light review

Post You Wished Got A Little More Love?
Any of my reviews...even if I was terrible about posting them this year!

Did you complete any reading challenges or goals that you had set for yourself at the beginning of this year?
I set my GR goal for 200 and I passed it again.

Book You Are Most Anticipating For 2015 (non-debut)?
Never Never !!! Marrow! The conclusion to the Raven Boys series.  Oddly enough, I really want P.S. I Still Love You (To All the Boys I've Loved Before #2) by Jenny Han (I didn't love the first book because of the ending and then I found out there would be a second book)

2015 Debut You Are Most Anticipating?
Wow, I am terrible about finding/reading debuts . . .

One Thing You Hope To Accomplish Or Do In Your Reading/Blogging Life In 2015?
Review more!

A 2015 Release You’ve Already Read & Recommend To Everyone:
Mr. Kiss and Tell (Veronica Mars #2) by Rob Thomas and Jennifer Graham-- even better than the first book! 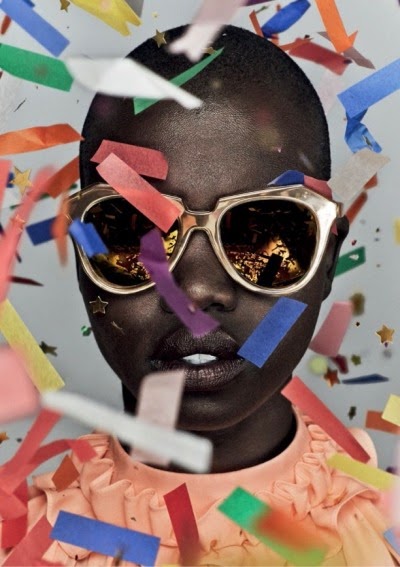