Review: Don't I Know You? by Marni Jackson 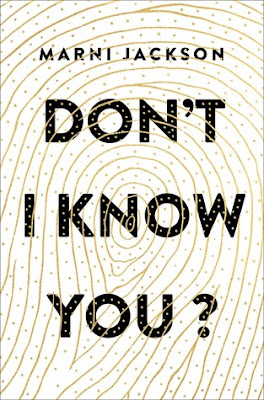 Don't I Know You? by Marni Jackson

A debut novel in stories that follows one woman's life from age 16 to 60, and what happens when certain celebrities—Neil Young, Meryl Streep, John Updike, Taylor Swift, Karl Ove Knausgaard—start turning up in her private life, at the spa, in the middle of a break-up, even on the operating table.

Rose McEwan has lived her life out of the spotlight—daughter, wife, mother, ex-wife, journeyman writer trying to make ends meet. But even so, fame has come to her.

When she is 16, Rose’s parents send her to an arts school where a writing class with John Updike takes an extracurricular turn. After college she goes backpacking around the world with a boyfriend, and while their relationship implodes, she finds herself camping in a cave near the young, pre-famous Joni Mitchell. When she is back home waitressing, Bill Murray and Dan Ackroyd show up and whisk her away for some synchronized swimming. Bob Dylan crashes her summer cottage and won’t buy groceries, but at least teaches her son how to play the guitar. During a trip to the Cannes Film Festival, where her husband’s film will premiere, Rose becomes convinced she is being stalked by Charlotte Rampling. Treating herself to a weekend at a spa after the publication of her first novel, Rose is befriended a little too quickly by Meryl Streep. Having failed in her marriage (Gwyneth Paltrow dispenses romantic and skin care advice) and as a thriller writer, she applies for a job writing ad copy but en route to the interview, Van Morrison hijacks her bus. And in the somehow totally plausible final chapter, Rose finds herself on a camping trip with Leonard Cohen, Taylor Swift, and Karl Ove Knausgaard.

Filled with spot-on social commentary, Jackson shows how the famous serve us in ways we don't recognize. But, more importantly, she shows how the daily dramas of an ordinary woman’s life are as engrossing and poignant as any luminary tell-all. Unputdownable, deliciously fun, and incredibly thought provoking, Don’t I Know You? puts an unremarkable woman center stage, and shows how in the end, an ordinary life might be the most extraordinary one.

First, this GR description is almost as long as the book -- way, WAY too detailed.  But if you read that GR description, you pretty much will know exactly what the book was like.  The first chapter was SO good that I was excited to dive into this further.  Unfortunately, the rest of the book didn't live up to that same magic of the first chapter; however, this was definitely still very interesting and unique. We essentially follow Rose through her life wherein she has unique and quite odd encounters with celebrities in her everyday motions, i.e. Adam Driver comes to shovel her driveway; Taylor Swift is an Apple TV guru/installer; Leonard Cohen owns an ice cream truck; Meryl Streep tries to be her best friend after they meet at a spa, etc. The problem for me was that this did not feel like a cohesive novel. Yes, the novel is ostensibly about Rose but each chapter with various celebrities was its own short story that truly could be read on its own. The stories are told linearly and some hints are dropped as to what has happened in the time since the last chapter but it wasn't enough for me to get a sense of the character of Rose, which is a problem since this book is about her.  I found this also to be a bit too voyeuristic for my taste; Rose is basically allowed to live our her own personal fantasies with each celebrity when they seek her out and I just couldn't help but question why and how.  The ending also is absurdly abrupt -- I couldn't believe that was the end and had to check my ARC several times to verify.

This one reminded me a bit of The Versions of Us but with celebrities (it was a bit like Forrest Gump, too) -- it's hard to know how to recommend this but perhaps if you like short stories and/or want to imagine a life intertwined with random encounters with celebrities.  Don't I Know You? comes out tomorrow on September 27, 2016, and you can purchase HERE.

But the quality that most equipped me for writing, perhaps, was a chronic sense of unease. I felt outside most things, a shy and yearning observer--if not a fly on the wall, then an ant at the picnic. At seventeen I was already the omniscient narrator of my own life, both everywhere and nowhere at once. I also had the remnants of a childhood stutter, and dreaded being called upon in chemistry class in case I had to say the word "carbon" with its unforgiving hard c. My stutter did make me choose my words more carefully though. It fed my writing.

No, the most remarkable thing about me that summer at Doon was the fact that I was full of longings I couldn't name. I thought these longings had to do with art. And in a way, they did; first loves are partly works of fiction.