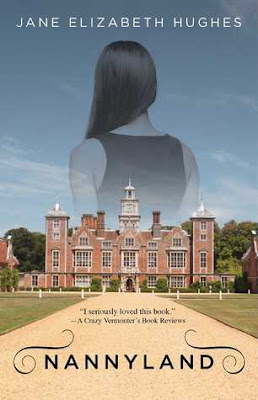 This delightful, romantic debut follows a sophisticated Manhattanite who trades her fast-paced Wall Street life for the English countryside, and unexpectedly becomes a nanny to the children of a widowed British lord. Who is as infuriating as he is intriguing...

Jordy Greene has it all—the high-powered job, the high-octane New York lifestyle, the powerful lover—until she’s suddenly forced to flee the city. Running to avoid false charges of illegal trading and a destructive relationship, Jordy escapes to England. There she finds refuge in a cottage on the estate of the icy Lord John Grey—a descendant of the Nine Day Queen, Lady Jane Grey.

The four rambunctious Grey children are in desperate need of a nanny, and Jordy is in desperate need of a purpose—so they plunge into an investigation of the Tudor queen’s mysterious life and shocking death. Amid flying subpoenas, willful adolescents, outraged aristocrats, and an unexpected attraction to Lord Grey, Jordy struggles to regain control of her life. In the midst of the chaos, can she find the kind of happiness she’d never thought to have?

If The Sound of Music and The Wolf of Wall Street had a child, it would be the captivating Nannyland!

As soon as I started reading this, it felt like a Lifetime movie to me (in the best possible way)!  It was kind of a ridiculous scenario but I just rolled with it and ended up loving this one as I couldn't put it down.  Jordy flees New York in a panic after she learns her boyfriend and boss (he is AWFUL!) has made some illegal stock trades under her name.  She decides to write a wall street memoir and rents a cottage on the grounds of a large English estate in the Cotswolds.  When she arrives, she meets Lord Grey and his four truculent but sweet children who are attended to by a nanny during the week when is serving in the House of Lords down in London.  Of course, during her very week of hiding out in the English countryside, she learns how terrible the children's nanny is and is forced to step in until Lord Grey can make other arrangements.  You can imagine what happens next in that she falls in love with the children and Lord Grey! I loved all of the children with each of their personalities and how Jordy grows to love them and I have to say that Lord Grey himself was ridiculously swoon-worthy in a Darcy meets Downton Abbey sort of way.  This was a perfect summer read for me -- fun, funny and lovely.

I would recommend this to anyone wanting a fun, contemporary read for the summer, especially if you love Lifetime movies!  Nannyland was released last month on May 30, 2016, and you can purchase HERE.

Did I love him? I loved being with him; I loved his dry, quirky sense of humor and I loved making love with him.  I enjoyed his cool, sophisticated intellect, his wit, his self-possession.  I knew I could rely on him always, and I had entrusted him with all of my secrets.  What was this if not love?