Review: The Assistants by Camille Perri 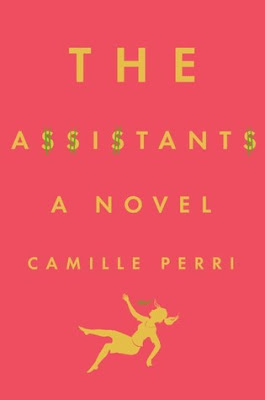 The Assistants by Camille Perri

A wry and astute debut about a young Manhattanite whose embezzlement scam turns her into an unlikely advocate for the leagues of overeducated and underpaid assistants across the city.

Tina Fontana is the hapless but brazen thirty-year-old executive assistant to Robert Barlow, the all-powerful and commanding CEO of Titan Corp., a multinational media conglomerate. She’s excellent at her job and beloved by her famous boss—but after six years of making his reservations for restaurants she’d never get into on her own and pouring his drinks from bottles that cost more than her rent, she’s bored, broke, and just a bit over it all.

When a technical error with Robert’s travel-and-expenses report presents Tina with the opportunity to pay off the entire balance of her student loan debt with what would essentially be pocket change for her boss, she struggles with the decision: She’s always played by the rules. But it’s such a relatively small amount of money for the Titan Corporation—and for her it would be a life-changer . . .

The Assistants speaks directly to a new generation of women who feel stuck and unable to get ahead playing by the rules. It will appeal to all of those who have ever asked themselves, “How is it that after all these years, we are still assistants?”

At least this was a very quick read (trying to be positive, here) . . . that being said, it wasn't really an enjoyable one.  Where do I start?  In theory, Tina Fontana sort of fancied herself as a robin-hood type figure -- stealing from her day job to pay off student loan debt of women "assistants" but, in reality, she was kind of a bumbling and sad figure.  I just found it highly unbelievable that she would just decide to cash a check she shouldn't have for $20,000 and pay off her own debt and then she would continue to go along with such a scheme.  We are supposed to feel sympathetic for her and the others with student loan debt because they can't get ahead making so little as assistants in Manhattan with so much debt, but it still just felt wrong to me.  There were also all sorts of 80s and 90s pop culture references thrown in (I guess for good measure?) that seemed out of place.  Oh and don't get me started on Tina's "romance" -- totally unnecessary and added nothing to the story.

After trying The Big Rewind and Copygirl in the past year before this one, I give up -- I promise you that I will not read any more books about millennials struggling in New York.  It's just too much to bear.  The Assistants came out last month on May 3, 2016, and you can purchase HERE.

Later that night, the guilt really hit hard the way it tends to do when the distractions of the day all fall away and you're finally left alone with yourself.  Until this point--rational or not--using Titan's money to pay off my student-loan debt felt like something that happened to me more than something I'd done.  But this was deliberate.