Conversations With Myself (& Hopefully You): Unreliable Narrators 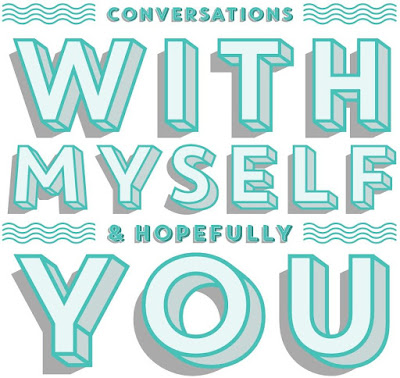 So if you read my Monday Musts from a few weeks ago, you saw me post about the following segment on NPR regarding unreliable narrators, comparing books written by women and the 'girl' in the title phenomenon of recent thrillers/mysteries.  This segment was also inspired by this really interesting article by Megan Abbott.  I've been thinking about this a lot since I heard this segment so listen to it and read Megan's article then we can discuss:

There is nothing I dislike more than a book becoming super popular and then every book that may be even tangentially similar being compared to that book.  First, it was Twilight, and when that was an international phenomenon, there was a drove of YA fantasy love triangles written and released, all of which were touted as the next Twilight.  And then it was Fifty Shades of Gray, and I'm sure we all remember all sorts of erotica being published once that book took off, and every single book was described as the next Fifty Shades of Gray.  And now it seems like every book that comes out is either the next Gone Girl or The Girl on the Train -- there are countless books being described as the next of either or both of these and/or gratuitously using "girl" in the title.  To me, it seems like this phenomenon is more likely to occur when a book written by a woman enjoys enormous success.  I'm not sure why this is but this post is about something common to both Gone Girl and The Girl on the Train, and which truly seems to be the latest "trend" in books: unreliable narrators that are women, in books written by women, usually of the mystery/thriller genre.

[A] narrator, whether in literature, film, or theatre, whose credibility has been seriously compromised.  The term was coined in 1961 by Wayne C. Booth in The Rhetoric of Fiction.  While unreliable narrators are almost by definition first-person narrators, arguments have been made for the existence of unreliable second- and third-person narrators, especially within the context of film and television.

As you can gather in the two articles above, the unreliable female narrator is far from a new concept so why is it now so popular?  I personally love thrillers and and mysteries, and I'm not even sure I can pinpoint a book that I consider the gold standard, but the unreliable narrator is commonly used in this genre.  That being said, I haven't loved a lot of thrillers lately and I think it's because so many of them are suffering from trying to be either the next The Girl on the Train or Gone Girl in their poor usage of an unreliable narrator.  I didn't even like The Girl on the Train but I read it because it was touted as the next big thing and an amazing thriller.  I was actually bored while reading it although I don't generally mind unreliable narrators -- it kind of depends on why they are unreliable for me, which may seem a bit judgmental.  For instance, in The Girl on the Train, the narrator is unreliable because she is usually intoxicated.  That made me a little less interested in her story and her inability to remember what happened because she was always drinking until she blacked out.  This reason for unreliability didn't work for me.  In contrast, in a book like Swerve by Vicki Pettersson, the narrator Kristine was unreliable because she was hiding something about her past.  This worked for me because these secrets were revealed as the novel progressed and Kristine was a fighter versus passive in trying to uncover the mystery despite the fact that we aren't sure what she's hiding about herself for most of the novel.

As always, this is just my opinion.  What do you think, do you like unreliable narrators?  How do you feel about every single mystery and/or thriller that comes out being compared to either or both The Girl on the Train and Gone Girl?  What's your favorite thriller?