J.A. Huss Cover Reveal - I Am Not Junco - Range and Magpie Bridge

RANGE
I Am Not Junco, Book 4
by J. A. Huss
Release date: April 1, 2013
Cover by: James Ledger Concepts Series Website 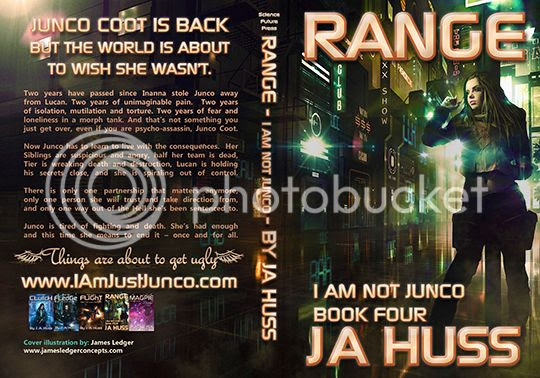 Two years have passed since Inanna stole Junco away from Lucan. Two years of unimaginable pain. Two years of isolation, mutilation and torture. Two years of fear and loneliness in a morph tank. And that’s not something you just get over, even if you are psycho-assassin, Junco Coot.
Now Junco has to learn to live with the consequences. Her Siblings are suspicious and angry, half her team is dead, Tier is wreaking death and destruction, Lucan is holding his secrets close, and she is spiraling out of control.
There is only one partnership that matters anymore – only one person she will trust and take direction from – and only one way out of the Hell she’s been sentenced to.
Junco is tired of fighting and death. She’s had enough and this time she means to end it – once and for all. 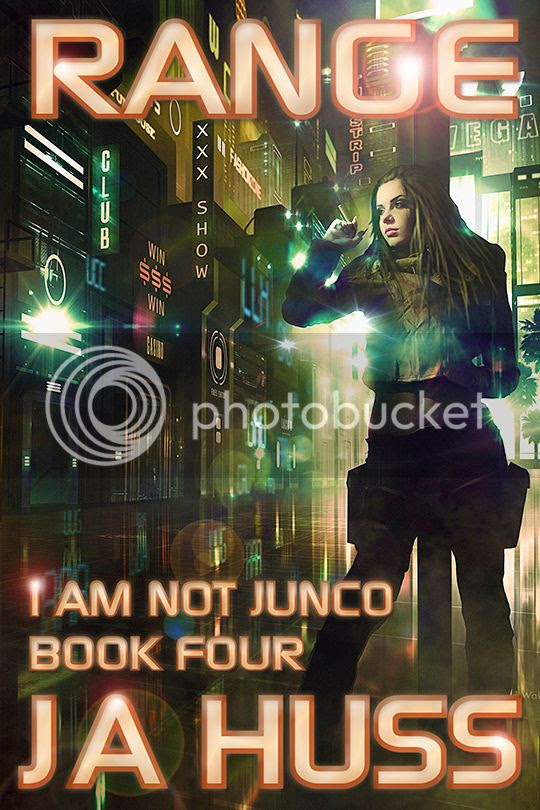 The Magpie Bridge
A Tier Novella
I Am Not Junco Book 4.5 by J. A. Huss
Release date: April 1, 2013
Cover by: James Ledger Concepts
Raubtier Aves, 039-1, a.k.a TIER
Son of Lucan
Ranking Officer of the Avian military
Powerful
Ruthless
And devoted to Junco, no matter what
Tier was left with one specific order and he’s not about to screw it up. He might lose all his allies, his brothers, his shot at defeating the High Order, and his own Eternal Salvation - but he’s willing to risk it all to keep one small girl alive.
Tier reveals his part in the epic tale of The Seven Siblings, spilling secrets and motivations that will leave you breathless and wanting more.  The Magpie Bridge paves the way for the final installment in the new adult Series, I Am Just Junco.  The final book in the Junco Epic, RETURN, will be released on December 2, 2013. 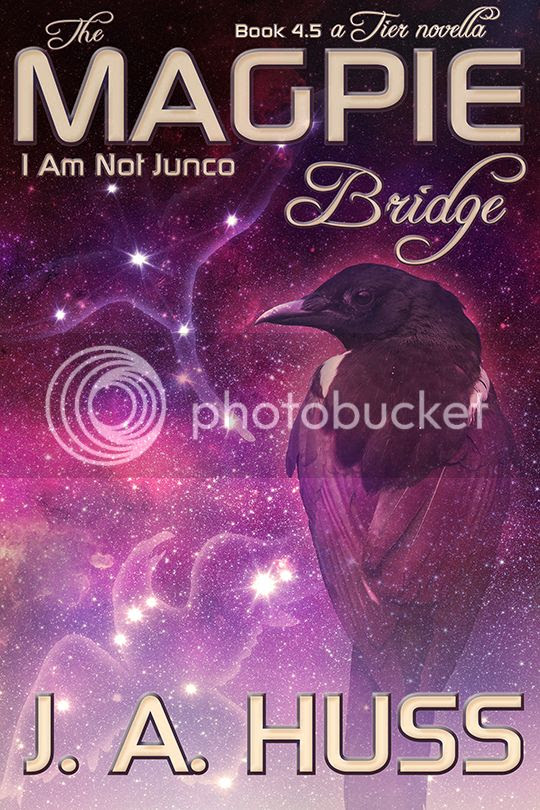 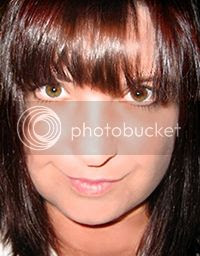 J. A. Huss likes to write new adult books that make you think and keep you guessing. Her favorite genre to read is space opera, but since practically no one reads those books, she writes new adult science fiction, paranormal romance, contemporary romance, urban fantasy, and books about Junco (who refuses to be saddled with a label).
She has an undergraduate degree in horses, (yes, really–Thank you, Colorado State University) and a master’s degree in forensic toxicology from the University of Florida. She used to have a job driving around Colorado doing pretty much nothing but shooting the breeze with farmers, but now she just writes, runs the New Adult Addiction and Clean Teen Reads Book Blogs, and runs an online science classroom for homeschoolers.
WEBSITE
AUTHOR BLOG
FACEBOOK
TWITTER
GOODREADS