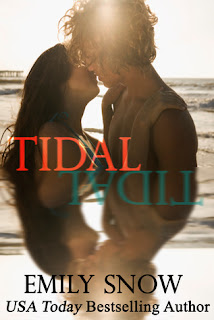 Now that Willow Avery is out of rehab, she's got one chance left to prove herself before she’s officially on every producer’s crap list. At least, that's what her parents and agent are claiming. She doesn't really give a damn if she never makes another movie or not—she just wants to get on with her life, get back to her friends, and find her next escape. But Willow is broke. And whether she likes it or not, acting is the only job she knows how to do.
When she accepts the lead in a beach drama, Willow finds herself in Hawaii. And in Hawaii, she finds Cooper, the gorgeous surfer hired to train her for her new role. With the bluest eyes she’s ever seen and the sexiest Australian accent she’s ever heard, Cooper’s different from the men she’s used to. He doesn’t want to use her. And he refuses to let her fail. But when an old friend re-enters Willow’s life—a friend whose toxicity she’s been drawn to time and time before and whose presence brings about the painful memories she's tried so hard to suppress—Willow will have to choose between the girl she was and the person she’s becoming. The lifestyle that helps her forget the pain and the guy she’s falling hard for.

I absolutely loved Devoured by Emily Snow and I was so excited to read her foray into NA. This book did not disappoint! The beginning of this book starts in LA, in a frenzied and harried rush. But when the characters fly to Hawaii, the entire book took on a relaxed, spiritual note. I really liked how Ms. Snow juxtaposed these two settings.
This is far from your average regular person falling in love with a movie star story. This movie star is flawed and struggles through the entire book. And despite the struggle, you will end up falling in love with Willow. Her struggle is our struggle as the book progresses. I found myself rooting for her and just despising her "friend" Jessica who tries to enable Willow and suck her back into the past. There are some very tense scenes and I imagine writing this book wasn't easy.
I loved this book - it was realistic, powerful and still romantic in spite of everything. I absolutely loved Willow and Cooper together; I felt like they were poetry in motion. That sounds silly but they were so right when they were finally together, finally free to be together. Another excellent book from Emily Snow!

“I love you Willow, but I can live without you. I just refuse to.”