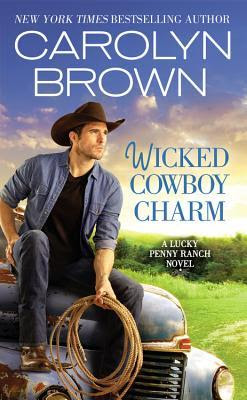 ONE BLIZZARD, ONE BUNKHOUSE,AND A WHOLE LOTTA TROUBLE . . .

Josie Dawson is new in town, but it doesn't take a local to know that Deke Sullivan is trouble--in a smokin' hot package. He's sweet, sexy, and has charmed just about every woman in Dry Creek, Texas. Well, Josie won't be next. She'll keep her distance, even if he is great with babies and makes a mean cup of homemade hot chocolate.

Deke Sullivan really is a one-woman type of guy. He just had to do a lot of looking to find that one woman. Now he thinks he's found her and he won't let a strong, sassy gal like Josie slip away. Just when he's wondering how to convince her he only has eyes for her, they get stranded in a tiny cabin during a major blizzard. If Deke can melt her heart before they dig out of the snow, he'll be the luckiest cowboy in Texas . . . 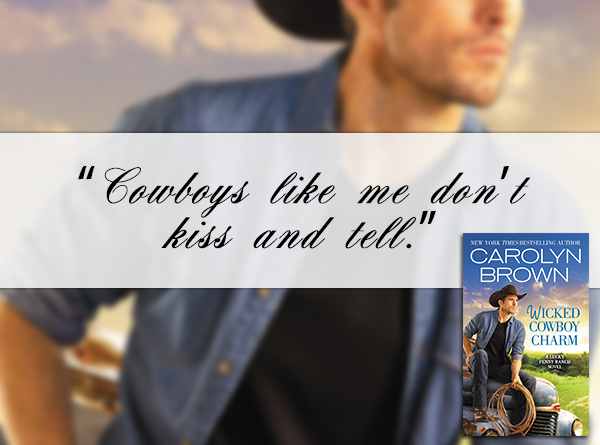 I was so excited for Deke's story after diving into this series last year and I can easily say it's my favorite! We get to know Deke really well in books 1-3 because he owns a ranch next to the Dawsons and is best friends with Allie, who is the star of book 1.  We know he's a crazy womanizer but I didn't fully understand him until I got to be inside his head a bit in this book and he was so much more complex than I realized.  It wasn't that he didn't want to settle down, he was just waiting for the right one.  And when he meets Josie, she is IT. I really love romances premised on being stranded (if done well) and this one was done so right! Perfect winter romance and I liked the change in the setting - kept the series from feeling staid while also still giving us a glimpse into past characters. I think this is the end of this series but there may be a spin-off, for which I am super excited!

She slipped her hand under his. Yes, there were sparks and vibes and desire at his touch but there was something more that night and ti went much deeper than anything she'd ever known before.

And it felt so right.