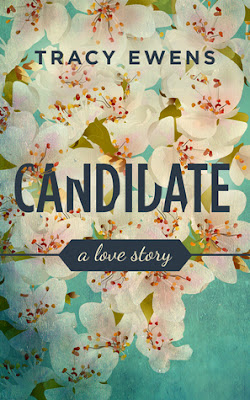 If only life were as simple as choosing between Toaster Strudel and Fruit Loops.

Katherine Galloway is two years divorced and still living out of boxes. Between her brothers (cops that work with her ex) and her mother’s constant reminders that her clock is ticking, Kate is trying to hold it all together. But the truth is, she’s eating Toaster Strudel for dinner, and living and breathing her PR career. When it comes to public relations, there’s nothing she can’t handle . . . or at least that’s what she thinks.

Grady Malendar, the only son of United States Senator Patrick Malendar, has a reputation as a playboy who likes to have a little too much fun. The senator is running for re-election and needs Grady’s help with the youth vote. But what they want is a new and improved, headline-free Grady, so they hire a PR firm. Grady is willing to participate in the dog and pony show to help his father win, but there are some things about Grady’s life he wants to keep hidden. Especially from his snoopy new PR “babysitter,” Kate Galloway.

Somewhere between campaign stops and fundraisers, Kate and Grady discover that neither of them are what they appear to be on the surface. Tensions between them grow until there is no denying they are falling in love behind the scenes of a façade they both need to keep in place. Will scandal, old wounds, and secrets tear them apart, or will Kate and Grady realize, despite appearances, they are both candidates for love?

I really, really love political romances but I am a bit picky when it comes to them.  Recently I read Flirting With Scandal and Special Interests, both of which I didn't love.  That being said, Candidate was good! I really, really liked Grady and I loved Grady and Kate together -- this was no insta-love and there was a lot of push-pull without silly drama.  An absence of both is seriously harder than hard to find these days in contemporary romance.  Although the persona of Grady in the beginning of the book -- some sort of womanizing, irresponsible son of a Senator -- felt a bit disingenuous when we learn just how great a guy Grady is, it provided ample reason for Kate to do her job and watch Grady close allowing time for them to get to know each other and for that slow, slow build (which I love!)  The only complaint I have with this one is the end -- it's not that it was unfinished but I felt like there were some loose threads that were dismissed a bit too casually.  That being said, Grady is definitely a solid book boyfriend and I wouldn't hesitate to recommend this one.

I would recommend this to fans of political and contemporary romance.  While Mary Whitney is still my favorite (and Off the Record by KA Linde is also awesome!!), I am definitely going to read more books by Tracy Ewens.   Candidate came out earlier this year, and you can purchase HERE!  There are two other books in this "series" but they can each be read alone:  Premiere is the first book, Candidate is the second book, and Taste is the third.


She was supposed to be keeping him together, making him look good, and here she was a total wreck.  At that moment, Kate didn't have the energy to care.  He touched her head, pushed the hair off her face, and she looked up into eyes that held nothing but kindness and sympathy.  The kindness was a surprise, and she hated the sympathy.  She was fine.  Damn it, Kate.  Be fine.

She put the lid on the water and swiveled back into the car.  Grady closed the door and went back to the driver's seat.

"You know what you need?"

"I am truly afraid to ask."

"Trust me, there will be ice cream involved."  He smiled very gently.  He was being so careful.

"Probably not a good idea to eat after I've just--"

"That was anguish throw up, not food related, so the food rule doesn't apply."  She almost smiled.

"Excuse me? Did you just say anguish throw up?"

"I did.  Falls under the reasons we throw up that have nothing to do with alcohol or bad eggs.  Like when I found out Peter's dad killed himself, or the day I cam home early from school and found my father with some woman and they were both on the same side of the desk-- anguish throw up.  So much the body can't handle it, so it yells, 'Everyone out!'"

Kate stared at him.  There she was, sitting on the side of the road, feeling about as low as she had been in a while, and she could not take her eyes off of him. It had nothing to do with his looks.  He was sharing himself, a piece of his own pain.  It was so honest, and for a moment she forgot everything.  The moments of light he was capable of, when the charm and bullshit slipped away, were brilliant.