Review: A Million Miles Away by Lara Avery 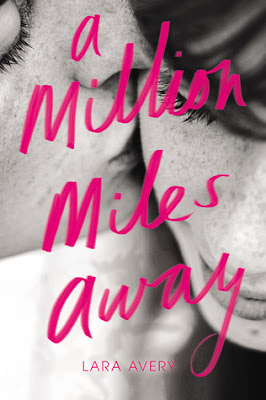 A Million Miles Away by Lara Avery

When high school senior Kelsey's identical twin sister, Michelle, dies in a car crash, Kelsey is left without her other half. The only person who doesn't know about the tragedy is Michelle's boyfriend, Peter, recently deployed to Afghanistan. But when Kelsey finally connects with Peter online, she can't bear to tell him the truth. Active duty has taken its toll, and Peter, thinking that Kelsey is Michelle, says that seeing her is the one thing keeping him alive. Caught up in the moment, Kelsey has no choice: She lets Peter believe that she is her sister.

As Kelsey keeps up the act, she crosses the line from pretend to real. Soon, Kelsey can't deny that she's falling, hard, for the one boy she shouldn't want.

A Million Miles Away was a very quick YA read with the usual sad event happening in the beginning and spurring the rest of the book.  The writing was fine but I had a hard time liking Kelsey -- the MC and the twin that lives.  I can't imagine the grief one would experience form losing their twin, even if they weren't close, but I also can't imagine anyone, even in the pangs of grief, doing what Kelsey did.  There is a line between temporary insanity and pure deceit and I feel like Kelsey crossed it.  I just feel like there was so much left unexplained about how the characters interacted with each other (especially the family) as well as Kelsey -- she tried to justify her actions but they felt a bit flat.

I would recommend this to most YA contemporary fans -- something about this reminded me of Better off Friends by Elizabeth Eulberg (although I much preferred that book to this one) but not because of similarities in the plot.  I think it's because of the midwestern setting of both books and the passage of time in each.  A Million Miles Away was just released last month, and you can purchase HERE!

No matter what would happen between them, they were the only two people there who knew each other in that particular way, so far from home.  She couldn't imagine keeping a secret from him.  This should be her chance to make everything right.  This was her chance.