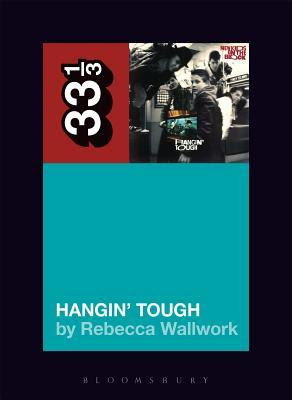 Hangin' Tough, the second album by the New Kids on the Block, has sold more than seventeen million copies worldwide since it was released in 1988. But the album and the band have also been dismissed, derided and deemed uncool by the music establishment.

Almost thirty years later, the New Kids still perform the songs from Hangin' Tough.Hundreds of thousands of grown women still flock to their concerts to hear-and go bat-shit crazy for-the songs they first heard when they were teenagers. Is this mere nostalgia or can the science of music help explain the enduring success of Hangin' Tough? What is it about this album that made it so special? Is the music any good or are there other factors at play too?

Journalist and New Kids fan Rebecca Wallwork sets out to analyze the quality of Hangin' Tough with the help of music cognition experts, critics, producers and music industry pros. This is not a story about crazy fans, boy bands and truckloads of cheesy merchandise; it is an exploration of a watershed album and moment in pop culture history. It is a glimpse into the brain of not just New Kids fans, but into the minds and hearts of anyone who loves music.

Three and a half nostalgic stars for 33 1/3's take on my first favorite album. I believe I was in third grade when I was obsessed with this album and actually went to my first concert which was on the tour to support this album! So this was a fun take that not only attempted to analyze the psychology behind why we hold onto the music we loved in our youth but also an attempt to recapture the behind the scenes making of this album and its legacy.  It was a quick read but I loved it -- remembering the songs, the videos and actually trying to understand why I still remember it all so vividly!  The author did an awesome job!

If you're unfamiliar with the 33 1/3 series, it is self-described as "a series of short books about a wide variety of albums, by artists ranging from James Brown to the Beastie Boys. Launched in September 2003, the series now contains 100 titles and is acclaimed and loved by fans, musicians and scholars alike."  This wasn't my first 33 1/3 and it certainly won't be my last -- you should take a look at the list of albums and see if your favorite is on it!  33 1/3 New Kids on the Block's Hangin' Tough was released last week on April 21, 2016, I highly recommend it for fans of this album and/or band and you can purchase HERE.

Quick. Imagine you are fourteen again.  You're in your bedroom or you're at school hanging out with friends, or you're on summer vacation with endless days stretching before you.  What are you listening to?  Recently, I asked my husband this, and he answered without skipping a beat: "Punk rock.  And a bit of metal."

"Do you still like that music today?" I asked.

He trailed off, but I knew what he meant.  There was an emotional connection between that time a couple decades ago and now.  The music, and his reaction to it, was special.  There is something indelible about what we grow up on, something inescapable.  I feel it, too, only my answer isn't half as cool as my husband's.