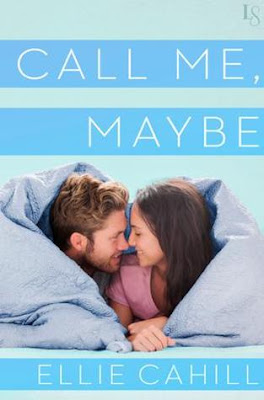 Call Me, Maybe by Ellie Cahill


Clementine Daly knows she’s the black sheep. Her wealthy, powerful family has watched her very closely since she almost got caught in an embarrassing scandal a few years ago. So when Clementine’s sent on a mission to live up to the Daly name, politely declining isn’t even an option. Of course, the last thing Clementine does before departure is grab a stranger’s phone by mistake—leaving the hunky journalist with her phone. Soon his sexy voice is on the line, but he doesn’t know her real name, or her famous pedigree—which is just the way Clementine likes it.

Despite all the hassles, Justin Mueller is intrigued to realize that the beautiful brown-eyed girl he met at the airport is suddenly at his fingertips. They agree to exchange phones when they’re both back in town, but after a week of flirty texts and wonderfully intimate conversations, Justin doesn’t want to let her go that easy. The only problem? It turns out that Clemetine has been lying to him about, well, everything. Except for the one thing two people can’t fake, the only thing that matters: The heat between them is for real.

Call Me, Maybe almost felt like it was written to try and appeal to book bloggers since the MC is a book blogger herself.  The premise of this book is cute -- the entire thing is almost itself a meet-cute -- Clementine leaves her phone at the airport and instead grabs the cute stranger's phone.  The problem arose when there was literally nothing else about Clementine that was relatable.  First of all, she is more wealthy than you can imagine -- she even refers to herself as American royalty.  In fact, she readily admits she could just buy Justin a new phone but doesn't want him to know who she really is and how wealthy she is -- you can imagine how well this works out when Justin finds out the truth.  Maybe it's just me but the whole woe is me because I don't have to work and can't figure out what I want to do and my family bought me an entire building to live in didn't really lend itself to liking Clementine.  The romance was fast and there was a bit of insta-love, the combination of which made me not root for this story, at all.

I can't say that I would recommend this to anyone but others may like it.  Books such as On An Edge of Glass, Breathe, Annie, Breathe or the books in this post are, for me, better NA that feels a bit more realistic.  I also really liked Ellie Cahill's NA release last year, When Joss Met Matt.  Call Me, Maybe is scheduled to be released on February 9, 2016.