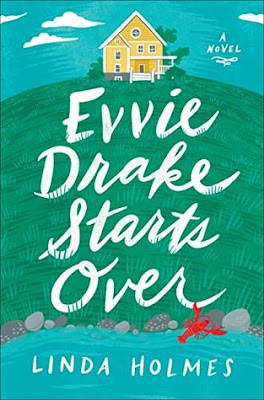 In a small town in Maine, recently widowed Eveleth "Evvie" Drake rarely leaves her house. Everyone in town, including her best friend, Andy, thinks grief keeps her locked inside, and she doesn't correct them. In New York, Dean Tenney, former major-league pitcher and Andy's childhood friend, is struggling with a case of the "yips": he can't throw straight anymore, and he can't figure out why. An invitation from Andy to stay in Maine for a few months seems like the perfect chance to hit the reset button.

When Dean moves into an apartment at the back of Evvie's house, the two make a deal: Dean won't ask about Evvie's late husband, and Evvie won't ask about Dean's baseball career. Rules, though, have a funny way of being broken--and what starts as an unexpected friendship soon turns into something more. But before they can find out what might lie ahead, they'll have to wrestle a few demons: the bonds they've broken, the plans they've changed, and the secrets they've kept. They'll need a lot of help, but in life, as in baseball, there's always a chance--right up until the last out.

This was a good one!  I really loved the Maine setting and I loved the friendship between Evvie and Dean . . . it definitely wasn't an easy road but the book was so satisfying.  It also felt so real - no one was perfect, no one always did the right thing but everyone learned.  I also was so happy with the ending - again, not because it was perfect but because it felt right for this story and the characters.  Definitely will read more by this author!

Evvie Drake Starts Over comes out later this month on June 25, 2019, and you can purchase HERE.  I definitely recommend this one - such a great summer read!!