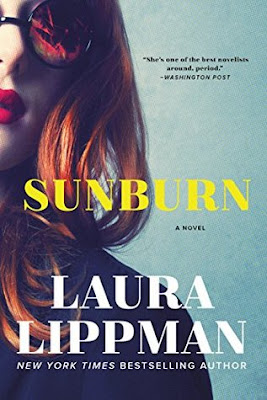 New York Times bestselling author Laura Lippman returns with a superb novel of psychological suspense about a pair of lovers with the best intentions and the worst luck: two people locked in a passionate yet uncompromising game of cat and mouse. But instead of rules, this game has dark secrets, forbidden desires, inevitable betrayals—and cold-blooded murder.

One is playing a long game. But which one?

They meet at a local tavern in the small town of Belleville, Delaware. Polly is set on heading west. Adam says he’s also passing through. Yet she stays and he stays—drawn to this mysterious redhead whose quiet stillness both unnerves and excites him. Over the course of a punishing summer, Polly and Adam abandon themselves to a steamy, inexorable affair. Still, each holds something back from the other—dangerous, even lethal, secrets.

Then someone dies. Was it an accident, or part of a plan? By now, Adam and Polly are so ensnared in each other’s lives and lies that neither one knows how to get away—or even if they want to. Is their love strong enough to withstand the truth, or will it ultimately destroy them?

Which one will it be?

This was such a good slow burn mystery.  Definitely in the vein of film noir but the writing was so good, you never know what's what and who to trust.  I love that!  I love it when you can't immediately figure everything out.  The character development was so good in this one, too.  I've never read anything before by this author but now I know I need and want to - this was so refreshing.  It's hard to describe everything in this book but something about the language, pacing, setting and character development felt new and authentic.  Also, has anyone else been reading more books set in the early-mid 90s lately or is it just me?  It takes the cell phone out of the equation which ruins so many plot points that it makes sense but I've just seemed to notice it a lot lately!

Sunburn comes out later this month on February 20, 2018, and you can purchase HERE.  I really loved this one and you will too, especially if you love film noir and mysteries.

Her shoulders are thing, pointy, hunched up so close to her ears that they make him think of wings. The front of her pink-and-yellow sundress is quite a contrast, full and round. She carries herself as if she doesn't want to attract any male attention, at least not tonight. On the front, he can't help noticing as he slides on a barstool she's not so pink. The little strip of skin showing above the relatively high-necked dress has only the faintest hint of color. Ditto, her cheeks. It is early June, with a breeze that makes it easy to forget how strong the sun is already. Clearly a modest type, she wears a one-piece, so there's probably a deep U of red to go with those shoulders. Yesterday, fingerprints would have left white marks if pressed on the flesh there.