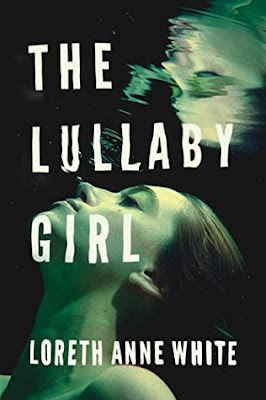 Detective Angie Pallorino took down a serial killer permanently and, according to her superiors, with excessive force. Benched on a desk assignment for twelve months, Angie struggles to maintain her sense of identity—if she’s not a detective, who is she? Then a decades-old cold case washes ashore, pulling her into an investigation she recognizes as deeply personal.

Angie’s lover and partner, James Maddocks, sees it, too. But spearheading an ongoing probe into a sex-trafficking ring and keeping Angie’s increasing obsession with her case in check is taking its toll. However, as startling connections between the parallel investigations emerge, Maddocks realizes he has more than Angie’s emotional state to worry about.

Driven and desperate to solve her case, Angie goes rogue, risking her relationship, career, and very life in pursuit of answers. She’ll learn that some truths are too painful to bear, and some sacrifices include collateral damage.

But Angie Pallorino won’t let it go. She can’t. It’s not in her blood.

This was definitely the second book in a series that was as good if not better than the first for me!  I feel like series have been hit and miss re: second books lately and I was so happy that this series continues to be wonderful!  Angie Pallorino is kick-ass and such a complex character!  I honestly think she's one of the most well written characters I've ever read. The Lullaby Girl picks up right where book one ended and is non-stop action, twists and turns.  I love the setting of these books, I love the police procedure and I love the layers of story.  This book throws you head first into Angie's search to find out more about her past and WHOA! you will not see it coming.

The Lullaby Girl comes out next week on November 14, 2017, and you can purchase HERE.  This book just as good as the first and I can't wait for book three, The Girl in the Moss, which is scheduled to be released next year on June 12, 2018, and you can pre-order HERE.  You can read my review of the first book, The Drowned Girls, HERE -- I cannot recommend this series enough!

She stalled dead in her tracks, then spun abruptly and took two fast strides toward the old detective. The steel toe of her boot caught against a piece of paving. She stumbled, flailing toward Leo as she tried to regain her balance. Her latte burst the lid off the takeout cup and gushed hot, creamy, brown liquid onto Leo's crotch and down the front of his thighs. He lurched back in shock, his butt hitting the wall. "What the fuck!"

"Oh my goodness, Angie said sweetly. "I am so sorry, Detective." She stabbed her hand into her pocket and grabbed the napkin she'd put there when she'd purchased her coffee. She started to dab the napkin at Leo's wet crotch. "Holgersen, you got another Kleenex for me there?"

Holgersen bent double with laughter, slapping his bony knees like a cartoon.

"Get your fucking hands off my groin." Leo slapped her arm away, unable to back out of her reach because Angie had cornered him up against the wet concrete wall.

Slowly, Angie came erect. Her mouth tightened. Standing toe to toe with Leo, her eyes level with his, she said quietly, "I can be so clumsy, especially with my sore arm. Gunshot and all. I do hope you have a spare pair of pants in your locker, Detective."

Wariness crept into his weathered face. He did not move a muscle, and there was little doubt in Angie's mind that he was suddenly recalling the last time he'd overstepped the line with her at the Flying Pig Bar and Grill and she'd grabbed his balls and squeezed. Hard. "You watch that mouth of yours around me, Leo," she whispered.