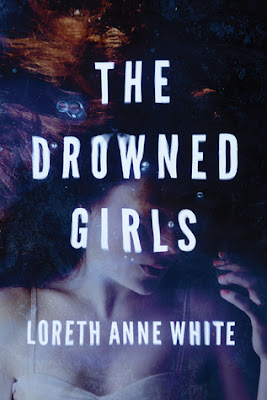 He surfaced two years ago. Then he disappeared ...

But Detective Angie Pallorino never forgot the violent rapist who left a distinctive calling card—crosses etched into the flesh of his victim’s foreheads.

When a comatose Jane Doe is found in a local cemetery, sexually assaulted, mutilated, and nearly drowned, Angie is struck by the eerie similarities to her earlier unsolved rapes. Could he be back?
​
Then the body of a drowned young woman floats up in the Gorge, also bearing the marks of the serial rapist, and the hunt for a predator becomes a hunt for a killer. Assigned to the joint investigative task force, Angie is more than ready to prove that she has what it takes to break into the all-male homicide division. But her private life collides with her professional ambitions when she’s introduced to her temporary partner, James Maddocks—a man she’d met the night before in an intense, anonymous encounter.

Together, Angie and Maddocks agree to put that night behind them. But as their search for the killer intensifies so does their mutual desire. And Angie’s forays into the mind of a monster shake lose some unsettling secrets about her own past . . .

How can she fight for the truth when it turns out her whole life is a lie?

This was SO good!  I have been wanting this type of read for so long, and by that I mean a book that is suspenseful, has an element of romance, is an interesting crime procedural but hits that balance between detail and not being boring.  I am so happy this will be a series! Angie is the perfect MC of these books - smart, complex, fierce and far from perfect but so real. I just devoured this book - it had seriously creepy elements almost like Silence of the Lambs but it was also straightforward in just trying to catch a serial killer.  The setting is on the island of Victoria, BC and was perfect.  Loreth Anne White is a master at atmosphere! Sometimes it's hardest to review books that shine and this is one such instance but I wouldn't hesitate to recommend this book and you should definitely pick up this series.

We all guard secrets--sometimes terrible ones--a side to us so dark, so shameful, that we quickly avert our eyes from the shadow we might glimpse in the mirror.

Instead we lock our dark halves deep in the basement of our souls. And on the surface of our lives, we work industriously to shape the public story of our selves. We say, "Look, world, this is me." We craft posts on social media . . See this wonderful lunch I'm eating at the trendy restaurant with my besties, see my sexy shoes, my cute puppy, boyfriend, tight as sin a bikini. See my gloriously perfect life . . . see what a fucking fabulous time I'm having drunk and at this party with my boobs swelling out of my sparkly tank top. Just look at those hot guys draped all over me. Aren't you jealous . . .

And then you wait to see how many people LIKE this fabricated version of yourself, your mood hinging on the number of clicks. Comments. Who commented.

But darkness has a way of seeping through the cracks. It seeks the light . . .